Well, folks, yesterday's blog was entitled "Short and sweet," but today may take the cake, so to speak. What a crazy day from the jumpstart! Suffice it to say all was going well (Mom, Grandmom & I were in Michael's t the time) until I received a call from Derrick explaining that Shannon was bending over to pick up Leyla's toys when her back went out. Sounded like sciatica to Derrick & me, so I recommended ice and Advil to see if that relieved the pain. Shannon said she has a chiropractor friend who lives in her neighborhood, so I suggested Shannon call her first. Her friend agreed to "squeeze her in" for a 1:00 appt. All the while, I was planning on leaving for Trey's graduation party at his Aunt Shelly's house in Lake Worth around 3:00 p.m.
After Shannon's visit she decides she simply cannot make it to Trey's party and she needs us to pick up her papergoods at Costco and take Xavier with us. So, we returned to Mom's house, dropped off Grandmom, picked up the Costco coupon book, and headed back to Costco. Luckily they had watermelons on sale, too (something else I was bringing to the party). I drop off Mom and rush home to tend to my baked beans and wash & cut up the watermelons. That's when I get a little too zealous with my carving knife and attempted to chop off the tip of my left ring finger. It bled profusely. I was trying to gauge the depth to determine if stitches would be necessary. The cut extended about 1/4 inch into the fingernail and seemed pretty deep, and it hurt like you-know-what. Mike walked in the door, set his lunchbox down and we headed back out the door to see Dr. Nguyen at Arlington Urgent Care. He said it was deep enough for stitches, but it would probably just require one stitch. I said "thanks, but no thanks" and opted for the $20.00 bandaid instead.
Upon our return home, Barrett had finished cutting the watermelons (Thanks, B!) and I told the kiddoes to get in gear. I cooked the bacon to put in the beans, cranked them on high to warm them through, and we hit the road around 4:25 p.m.--just an hour & a half after my anticipated departure time.
We made it to Shelly's house on the lake in about 35-40 minutes. The party wasn't in full swing as Renae was gone to get Reanna from the airport. We ate tons of good food, including Uncle Shawn's awesome barbecue and a wonderful key lime strawberry dessert cake Grandy Nancy brought. The kids got to mill around in the lake (with their clothes on since no one but Sasha brought swimsuits) and had a pretty good time of it. If there are typ-o's in this blog, please forgive me. I am functioning less one crucial finger! Good night & until next time.
Posted by Eastlyn and co. at 9:08 PM 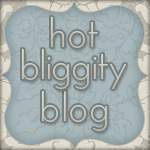